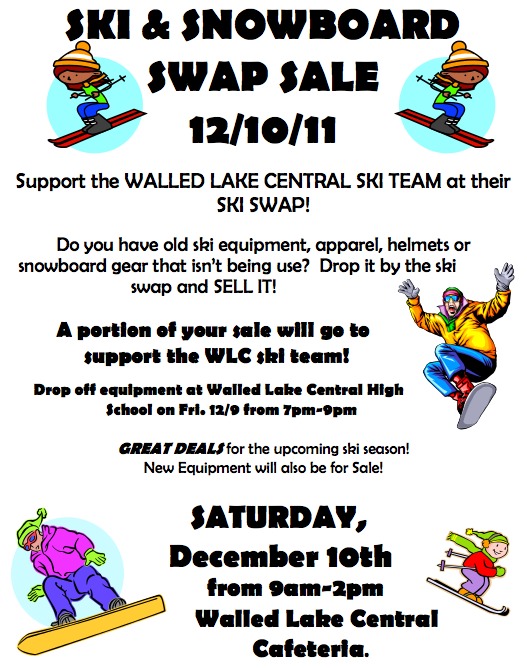 Supporting the Walled Lake Central Ski Team, this is the LAST ski swap in Michigan that we know of for 2011 and one of the biggest.

Take advantage of some of the lowest prices of the year because this is the season’s last swap. Vendor will be marking their prices to move their products because this is there last chance to move it for 2011. Buy new and used ski and winter sports equipment including skis and ski boots, snowboards and snowboard boots, ski accessories, ski clothing, and other winter sports gear.

Last Chance Ski & Snowboard Swap Sale is from 9 am to 2 pm on Saturday, December 10 in the WLC Cafeteria.
Contact Coach Tim McBride at timothymcbride@wlcsd.org