FROM Caberfae Peaks
🎿 The slopes are looking great this morning! Let’s get this weekend started! 🏂

Share on FacebookShare on TwitterShare on Linked InShare by Email

FROM Caberfae Peaks --> ⛷ Isn’t that a beautiful sight! We’ve got everything ready to go for you today. Fresh snow, corduroy, sunshine, and 30 degrees. Who’s coming to hit the slopes this weekend! #caberfaepeaks #caberfaepeakssnow #snowmaking #snowphotos #SkiMichigan ... See MoreSee Less

Share on FacebookShare on TwitterShare on Linked InShare by Email

After adding another snowmaking pump, we have also added to our source water by drilling another well. To keep our snowmaking plant in balance, we need to fill the reservoir and cooling ponds as fast as we pump it out. What does this all mean? More snow, more efficiently, and in less time!

FROM CABERFAE PEAKS – September 4, 2019 – Our “What’s New Wednesday” series is back! We are busy getting ready for the upcoming ski season and we will highlight some of the off season improvements over the next few months on Wednesdays.

The crew is currently installing a new 12” snowmaking pipeline coming out of the pumphouse. The new 12” pipe replaces 1000 feet of old 8” pipe. The larger pipe will result in more water flow, better pressure, and less friction loss, which translates into more snow, made faster & more efficiently. 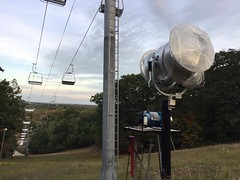 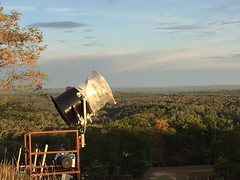 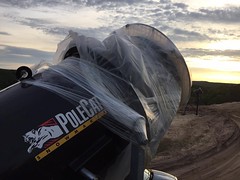 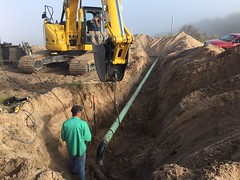 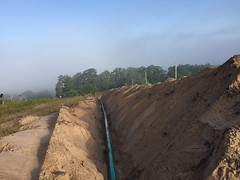 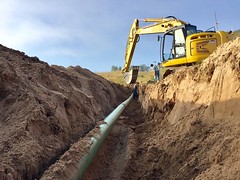 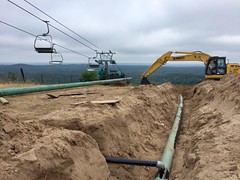 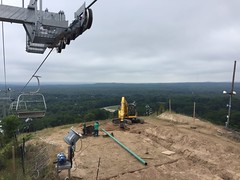 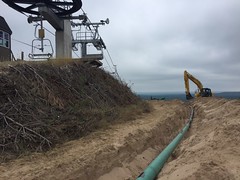 Snowmaking expansion at the top of North Peak, with the addition of larger snowmaking pipe. The 6″ diameter pipe will allow for less friction loss and higher water pressure, which translates into increased snow production at the top of our ski hill. 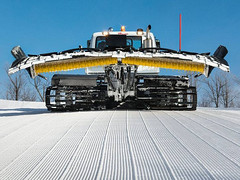 Our focus on snow quality continues with the acquisition of a Prinoth BR 350 snow grooming vehicle. The groomer will process the snow much more efficiently and layout that beautiful corduroy that our skiers and riders have grown to know and love.

This message is only visible to site admins

PPCA Error: Due to Facebook API changes it is no longer possible to display a feed from a Facebook Page you are not an admin of. The Facebook feed below is not using a valid Access Token for this Facebook page and so has stopped updating.